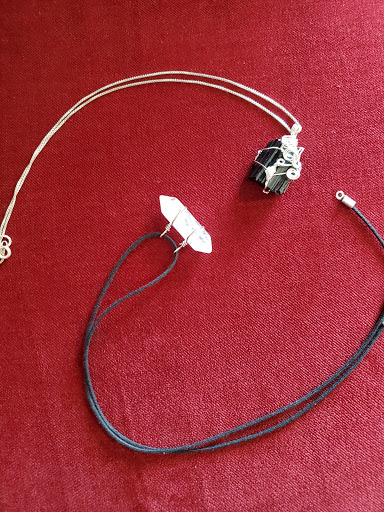 What does a picture of two stone necklaces, reminiscent of a Yin Yang have to do with empathy?

This subject has been on my mind a lot lately, in fact this post is pretty late. Especially since I posted part one on this subject only three months ago. I think for most of my life, I didn’t even know what empathy was, or why I was feeling so deeply the things that other people would talk about. Once I learned what an Empath was, I jerked my thumb towards my chest and said, “Yup. I’m one of those.”

Is an excess of empathy a blessing or a curse? Let’s look at both angles.

Blessing: Empathy allows you to feel what other people are feeling. So when a good friend comes up to me and weeps because their pet dog Max died, and he was such a good dog, and she had him for 10 years, and so on, I will most likely completely understand what she’s going through, and be able to cry with her over it. I’ve never been as attached to my pets as others are to theirs; I don’t know why. We had to get rid of our Yorkie a couple years ago because we were moving and I was fine the day after, even though he was my little buddy and I was his Alpha.
I digress. I think empathy allows you to be kinder to others, to wonder deeper things about them; rather than just, “you’re in my way,” you can think, “why is this person so lost in thought? What happened to them today? Maybe they need help pushing that heavy cart…” Can you see how the second way of thinking would lead to more patience on my part and more kindness from my actions? Sure, of course.

There are more benefits to being an empath, and I’m sure I listed a lot of them on my previous post. But now I want to focus on the negative side of empathy, or the “side effects.”

Curse: I was told once that your subconscious mind can’t tell the difference between what is real and what isn’t. So if I listen closely to a conversation where someone is expressing an intense emotional feeling, and I am feeling that right along with them, can my brain tell that I’m not the one actually experiencing it? I’m not going to science the sh*t out of this (name that movie), because I don’t want to, but still. My body is releasing chemicals in response to these triggers, and I’m not even the one that’s experiencing it! I hope this makes sense, I might have to edit that to be more clear…
My body is having a chemical and physical reaction to something that is outside my own personal sphere. Is this a good thing? I don’t know. I’ve seen several articles that suggest a link between a rise in auto-immune diseases and highly sensitive persons. In other words, Empaths possibly have a higher risk of contracting an auto-immune disease. I have three.

I was having this conversation about the blessing and curse that empathy is with my sister-in-law, and she told me that she’s heard of certain crystals or stones that can be used to absorb that excess emotion. I decided I wanted to try that out, because it sounds cool, and I love rocks and stones and crystals anyway.

I went to a store a few cities over called Omni Presence. It was a super cool store! Lots of crystals and rocks and pretty sparkly things. The moment I walked in, an older woman with super clean and welcoming energy approached me and asked if I was looking for something specific.
I said, “This might sound weird, but I’m looking for something to protect me from my own empathy.”
She knew right away what I was talking about. “Oh you poor dear,” she said, taking me by the elbow and leading me across the room. “I was just reading about the curse of empathy.”
She then proceeded to present several different options for me to peruse. I was surprised and pleased to find that the prices were entirely doable, and I found the two that “spoke” to me the most. Black tourmaline and quartz. I figured I could alternate between the two, but most of the time, I end up wearing them both because I like them so much, and don’t mind looking like a new-age hippy (see my post on not being offended if you don’t like my stereotype).

They’re pretty cool. If I feel myself start to experience anxiety, sadness, or anger that belongs to someone else, I imagine myself pouring it into one of my stones, like one pours water from a basin into a pond. They soak all that excess emotion up and I don’t have to. I can still be happy or sad for the other person, but I don’t feel it the same way.

I couldn’t turn off the italics. ^

Whether or not you believe in energy, or crystals or even empathy, the mind is an amazing thing. If I can even convince myself that I’m not feeling someone else’s emotions because I can store it in a rock hanging around my neck, well by golly, I’m going to try it. I already have enough pain, I don’t need yours too!
…
…
I love you. 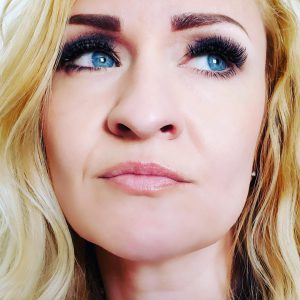